OK, so I finally saw Kick-Ass last week and I LOVED IT!!!! And I'm not just saying that because Marvel published the book or because I'm friends with the awesome dudes that created it! I swear!

There were certainly some changes in the story, but I think they made for a better movie. Some things work better in a comic or book than they do on the big screen. Especially when you're shooting for a wider audience. 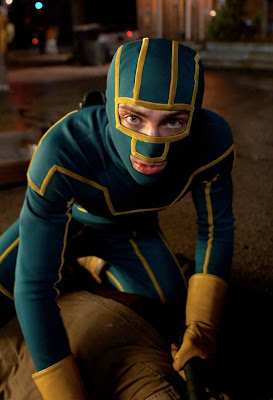 Well anyway! It was so much fun! "Super" heroes, VIOLENCE & cussing! What more does one need! The kid who plays Dave "Kick-Ass" Lizewski does a pretty good job. But the star of the show, in my opinion... 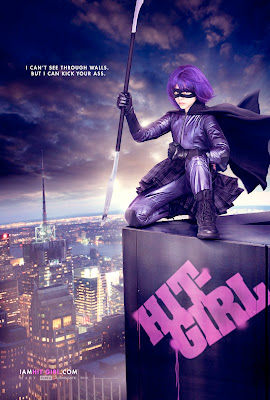 Holy shit. That girl is so fucking awesome. I mean, I loved her in the comic, but she's even more KICK-ASS (har har) in live action! Holy balls! I want to be her so bad. And be her I shall. Last year, while watching Star Trek I decided I would be a Starfleet chick and such has happened this time. I'm SO going to be Hit Girl. Though I have to say, just doing a quick search does not yield very good results on costume bits. The wig will probably be the only easy part. And I think I can make her belt. We shall see. 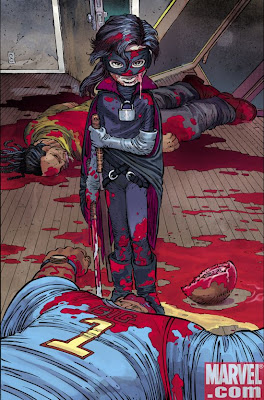 And I have to say, Nick Cage? Not so bad! He was actually kinda funny at times! Far cry from his role in Ghos...um...nevermind! Nick Cage rules! haha OK, not really, but I didn't hate him in this. 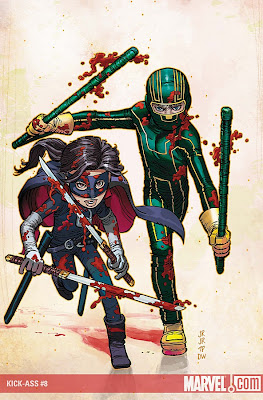 So if you've had any reservations on this, ignore them! hehe It really is a lot of fun. Especially if you like violence. Watching a 12 year old slicing & dicing in a purple wig is surprisingly fulfilling. haha Well not that surprising for me, as I'm not a fan of ze childrens. THIS is a child I could love. ;-) 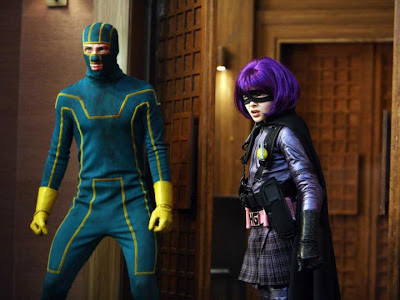 AND if you like to read the series...well...what's stopping you!

And check out the cool "making of" book too!

If you still haven't seen Kick-Ass, what are you waiting for?! Order tickets online at www.kickass-themovie.com and don't forget to post your own review on www.facebook.com/kickass!

Totally loved it. And I was fine w/ the changes they made. Agree completely that Chloe Moretz stole the movie. That girl is gonna be a star!